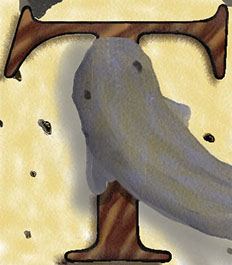 I created this logo back in September of 1996, trying to make an initial capital for my short story Who Is for Hallelujah, which begins, “The mottled, speckled brook trout hangs silent in the clear shallow stream.” Yes, I know it doesn't look much like a brookie. It's more like a sucker of some sort. But I was using my imagination and limited illustration skills in a program called Painter that was pretty frickin’ amazing back in ’96.

The photograph above was taken not far from where I live, at the confluence of Mill Brook and the Bearcamp River, one or both of which were in my mind as I wrote the story and crafted the logo.

I’ll admit it’s an odd name for a business, but I like that it contains my initials. 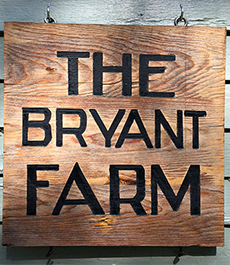 I moved to the family homestead in Tamworth, NH, when I was seven. The Bryant Farm has been in the family since Tamworth’s founding; the change in last name happened when my great-grandmother Florence Bryant (who was born in what is now my bathroom) married Harry Lincoln Smith of Laconia, NH.

I left home to study unrequited love and ended up in the western suburbs of Chicago for 17 years, where I freelanced as an editor/proofreader, helped a trucker drive a big rig full of Fannie May candy, and did graphic design for La Leche League International and InterVarsity Press. I stayed with IVP for a decade and started WordFarm Press with a small group of friends from there, and I continue to serve as their fiction editor.

I moved back to Tamworth in 2008 (just prior to the realization that we had entered the Great Recession). Since then, I have lived with my mother (my father having passed away in 2015) working freelance and odd jobs interrupted by a couple-year stint as the Publicity Coordinator for The Remick Country Doctor Museum & Farm. I also farm Christmas trees, deliver mail, and help a wounded veteran tend his homestead. 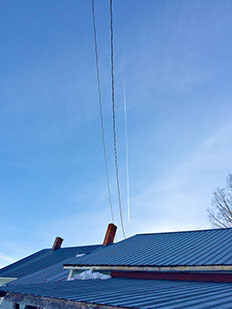